I have a great mom. She is a phenomenal cook. Growing up she always made practically everything from scratch! I loved it and learned a lot from her. There are four kids in our family. Our taste buds are very similar, but they weren’t always. Sometimes we were picky. Being the great mom she was, my mom made accommodations–sometimes she left out ingredients if one sibling didn’t like them, sometimes she made two meals. It was fine. She didn’t mind. But slowly things started to get out of control. Family recipes were forever changed to exclude tomatoes because 1 person didn’t like them. If we ever got fast food, it wasn’t uncommon to see her drive to 3 different places to satisfy her picky children.

Then I grew up. I got married. I had a baby. I have another baby on the way. I began thinking of how I wanted our family unit to be; how I wanted family meals to go. I imagine us sitting at the table together, at the same time, eating the same thing.

I love to cook. I put a lot of effort into each meal I make. But just because I enjoy making good food does not mean I want to spend my entire day in the kitchen making a different meal for everyone. If that’s something you don’t mind, then more power to you, but for me, it takes time away that I’d rather spend talking to my husband or playing with my kids. This is one reason I refuse to make more than ONE meal for dinner, lunch, or breakfast.

Reason two: picky eaters are the worst to invite over. It is a NIGHTMARE to cook for them. Anything one person likes, the next person does not. One person likes sweets, one person can’t stand them, one person hates this, the other person loves it. It is so difficult. For Christmas brunch I made French Toast, a Breakfast Casserole, Sweet Rolls, and Bacon to try and please every palate at my in laws, but still one person will always go without and not touch a single thing. My husband has asked me to make his parents Mexican food, but I am like what would I make? One person won’t eat it unless it’s pork, the other won’t eat pork. It’s impossible. It’s frustrating. It’s something I don’t want my kids to be. I want them to able to be anyone’s dinner guest and enjoy what was prepared.

While my son is only 18 months, I have been pretty successful thus far. How? I don’t force him to eat anything, but I don’t shelter him from certain foods. Some parents will keep spicy foods away from their child thinking they won’t like them. I don’t. David is offered EVERYTHING we eat. And what is the result? I have a child that eats & LOVES EVERYTHING. He will even eat salsa plain! He will eat enchiladas, he will eat tamales, he even eats popcorn with hot sauce on it (like his mom). He eats mushrooms, asparagus, tomatoes, onions, cilantro, chicken, ham, beef, cheese (even goat cheese), any fruit. Honestly, any food you can think of he will eat! It has made life so easy. 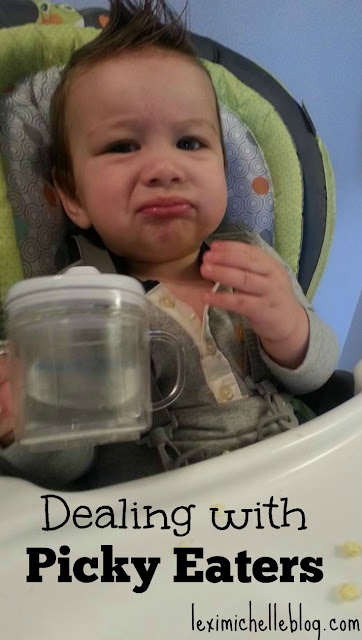 Here is how we made the UN-pickiest eater:

1. Don’t give up if they don’t like it the first time.

2. Don’t force them to eat something, but encourage them to smell, lick or taste the new food.

3. Let them have seconds & thirds of what they like, even if they ignore the rest.

4. Avoid preparing special meals for your child. Give them what everyone else is eating.

7. Involve kids in the cooking process.

8. If you have a toddler, let them feed themselves. 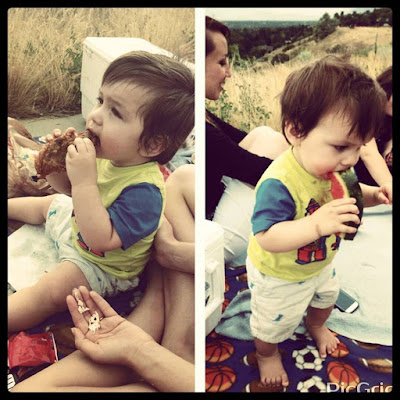