This is a sponsored post. All opinions are mine.

Guess what holiday is around the corner? All of them! It’s that time of year. Gift-giving season is upon us! Have you started your holiday shopping? Personally, I love using Groupon to browse for deals on different gifts or even just household items that I need.

I still remember when I was first really introduced to Groupon. It was almost exactly 3 years ago. I was at work and one of my co-workers was talking about the Groupon app (yes, they have an app too!). He mentioned how he had already finished his Christmas shopping for his wife and that he couldn’t stop buying her things on there because of all the great deals! Well, later that night, I downloaded the same app and have been addicted ever since.

Not only do they have fantastic deals on nights’ out (date night anyone?) but they also have deals on goods you’d need anyway. I purchased a knife set 3 years ago and it’s still in great shape. 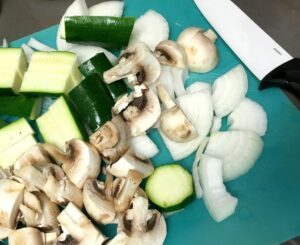 Honestly, head on over to Groupon Goods and just start perusing. You can find deals on anything from bath towels to those super cool rainfall shower heads! 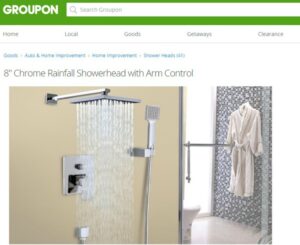 I love Groupon. In fact, we need a new scale for our bathroom, so if you don’t mind I’m gonna head on over right now to see what they’ve got 😉

Happy Holidays & Happy Shopping!
Previous Post: « Why I don’t make my son apologize.
Next Post: Why I love Nature Made and Walmart »