My son is 2 1/2 and I have avoided a bedtime routine until recently. I’ve heard of how people do bath time at night to get their toddler ready for bed, along with nightly stories and I’ve just dreaded it. It just took too long in my opinion. 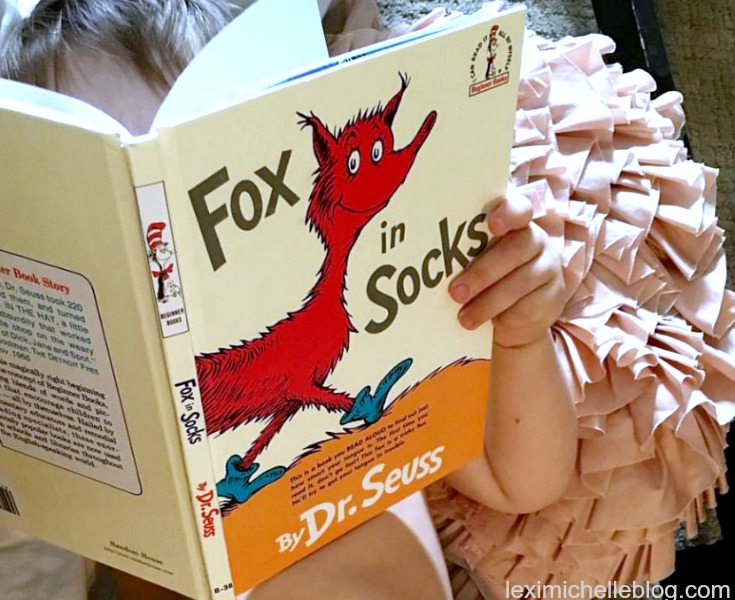 You see, up until the age of 2, David was the PERFECT sleeper. From early on (6 weeks old!) David has gone to bed so easily for both naps and bedtime. For 2 years all I had to do was lay him in his crib, say good night and walk out closing the door behind me and my baby would fall asleep instantly! I know! We got lucky, but don’t hate me yet, because the last 8 months have been awful!

Like clockwork, 8 months ago when David turned 2, he decided he was afraid of sleeping without mom/dad. It all began when he started climbing out of his crib and we had to switch him to a toddler bed. At this point he not only realized that there was nothing keeping him IN bed, but he also realized that there was nothing keeping anything else OUT. What do I mean by that? He no longer felt safe. He was afraid of sharks and ‘gators and, more recently, monsters coming to get him.

We tried everything to get rid of this irrational fear, but 2 year olds are stubborn. I literally have had to sleep on the floor next to his bed until he fell asleep for the last 8 months. During which, any reasonable bedtime has disappeared. He stopped falling asleep right at 7pm and started falling asleep closer to 10 or 11. There have been night’s where I’ve laid in there with him for several hours until he finally fell asleep.

But then I finally decided to try a bedtime routine!

Everything changed! Everything. I’m writing this blog post and it’s 8pm! I’m not laying next to David begging him to fall asleep. I have my night back! And best of all, I have a happy child who isn’t throwing a tantrum when I tell him it’s bedtime.
How did I do this? Well, I was patient and consistent.
For the first 3 nights he yelled and screamed toward the end of our bedtime routine, but after 3 nights, he was done. He grew to love the consistency.

Check out this bedtime routine below: 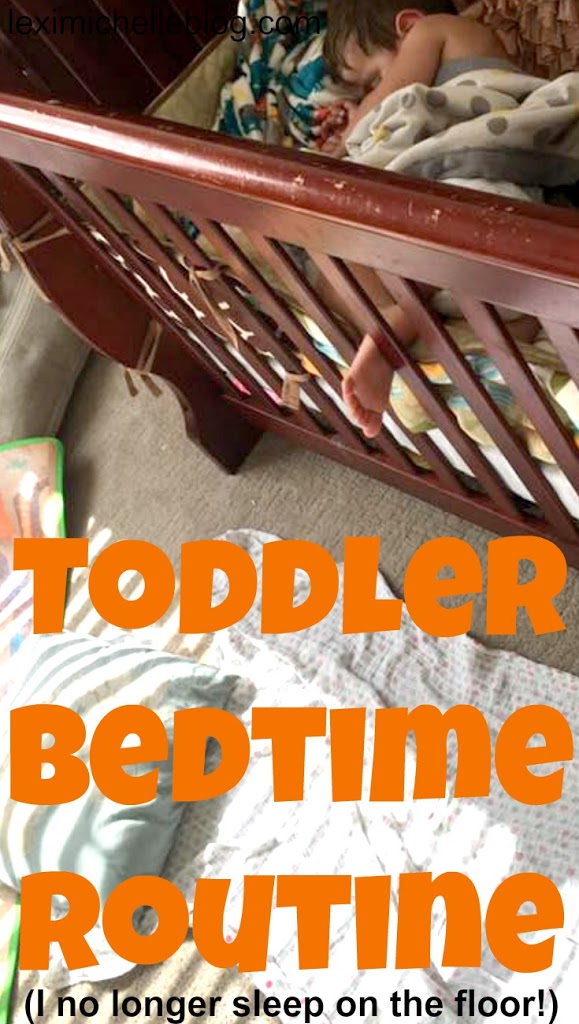 6. Bedtime
Like I said, for the first 3 nights he screamed. He didn’t want to read stories. He didn’t want to go to bed. He just wanted to watch a T.V. show and stay up longer. How did I react? I ignored him and continued reading the story and then we went to bed. The third night story time was easier, but bedtime was still difficult. By the fourth night we had zero problems and he falls asleep almost instantly! We are going on 2 weeks with ZERO temper tantrums and I can’t believe I didn’t start this sooner!

Give a minute warning. Toddlers do really well with a warning. Say something like “in 5 minutes we are going to clean up your toys, then we will take a bath.” or “5 more minutes in the bath and then we will brush your teeth” They don’t really have a concept of time yet, but know what’s next or what will be happening soon really helped to eliminate an melt downs for us. Another good one “it’s dad’s turn to tuck you in, so after we read your story, dad’s going to take you to bed” Great to give warning before any minor changes that could cause a “terrible two” meltdown.
Allow them to eat. After a few night’s they learn to expect the next part of the routine. Because of this they know when bedtime is coming, so the excuses start rolling. We let David snack on fruit if he wants it while we read a story so that he can’t say he’s too hungry to sleep. Of course, then we have to brush his teeth again, but it doesn’t take too long to do that.
Don’t give in. Don’t give in to the temper tantrum they throw the first couple nights. It gets better! Don’t change your routine at all. You can tweak it eventually, but any time you make a change, give it a few days before you reconsider it.
Previous Post: « Fun St. Patrick’s Day Traditions
Next Post: How to Celebrate Learn To Swim Day »